The layout is the first to be built by G0GG with a different emphasis to our previous portable 7mm layouts. It attempts to represent a ‘living’ model railway which imbues both character and atmosphere. Special attention has been paid to both the realistic operation and lifelike scenery.

The layout has been designed and built to represent a terminal station at the end of an ex LMS single track branch line that serves a fictitious town in the north Cotswolds. Click the button below for more details.

Wednesleigh is a DC operated layout which requires a team of 3 to operate. The running sequence is based upon a set of movements derived from a Working Timetable (WTT). Alternative running sequences are planned to offer a variety movements for public displays. All rolling stock running on the layout belongs to individual G0GG members.

Currently the layout is operational but there are scenic elements to complete. Wednesleigh can now be viewed at our Open Days. 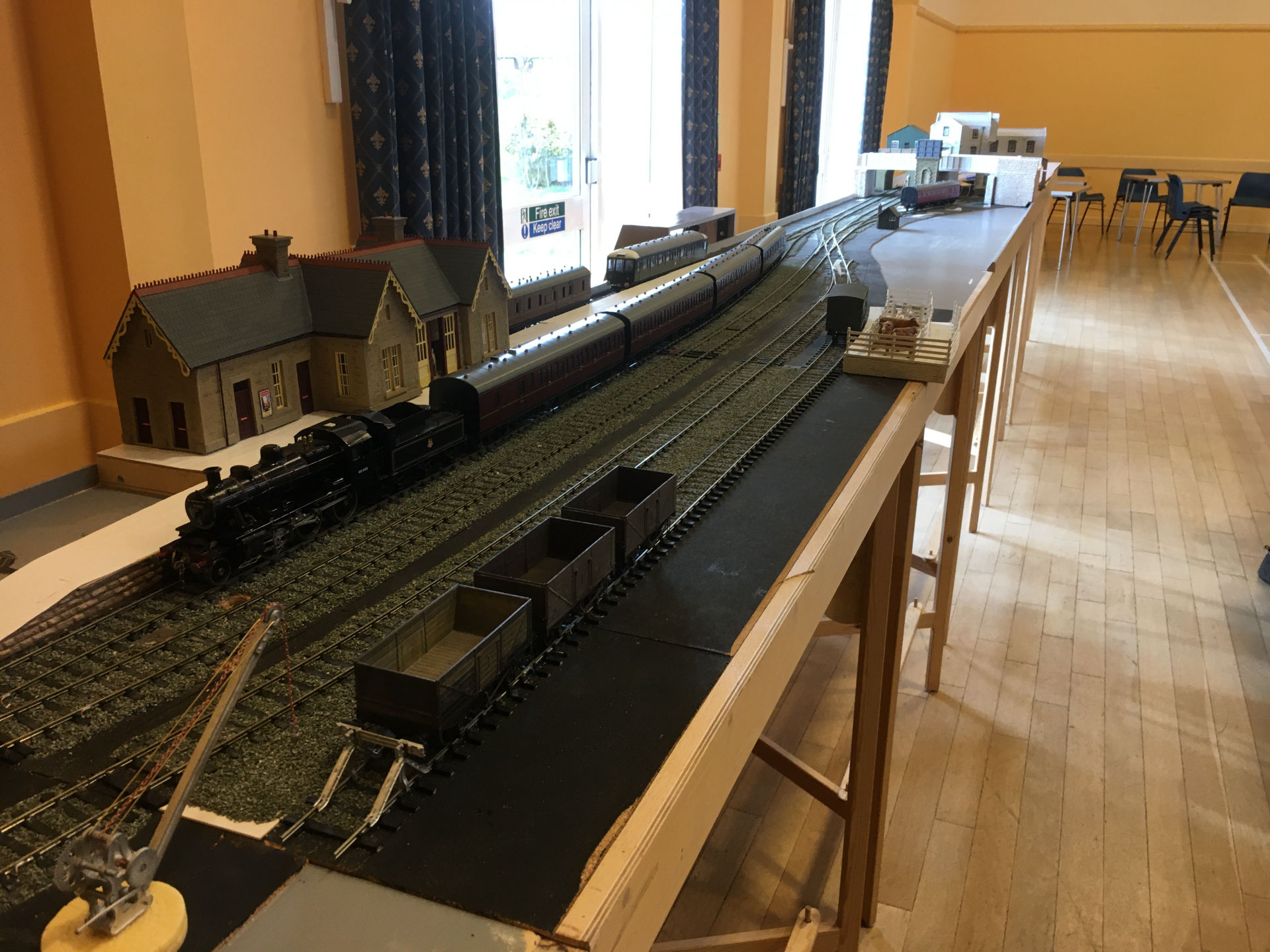 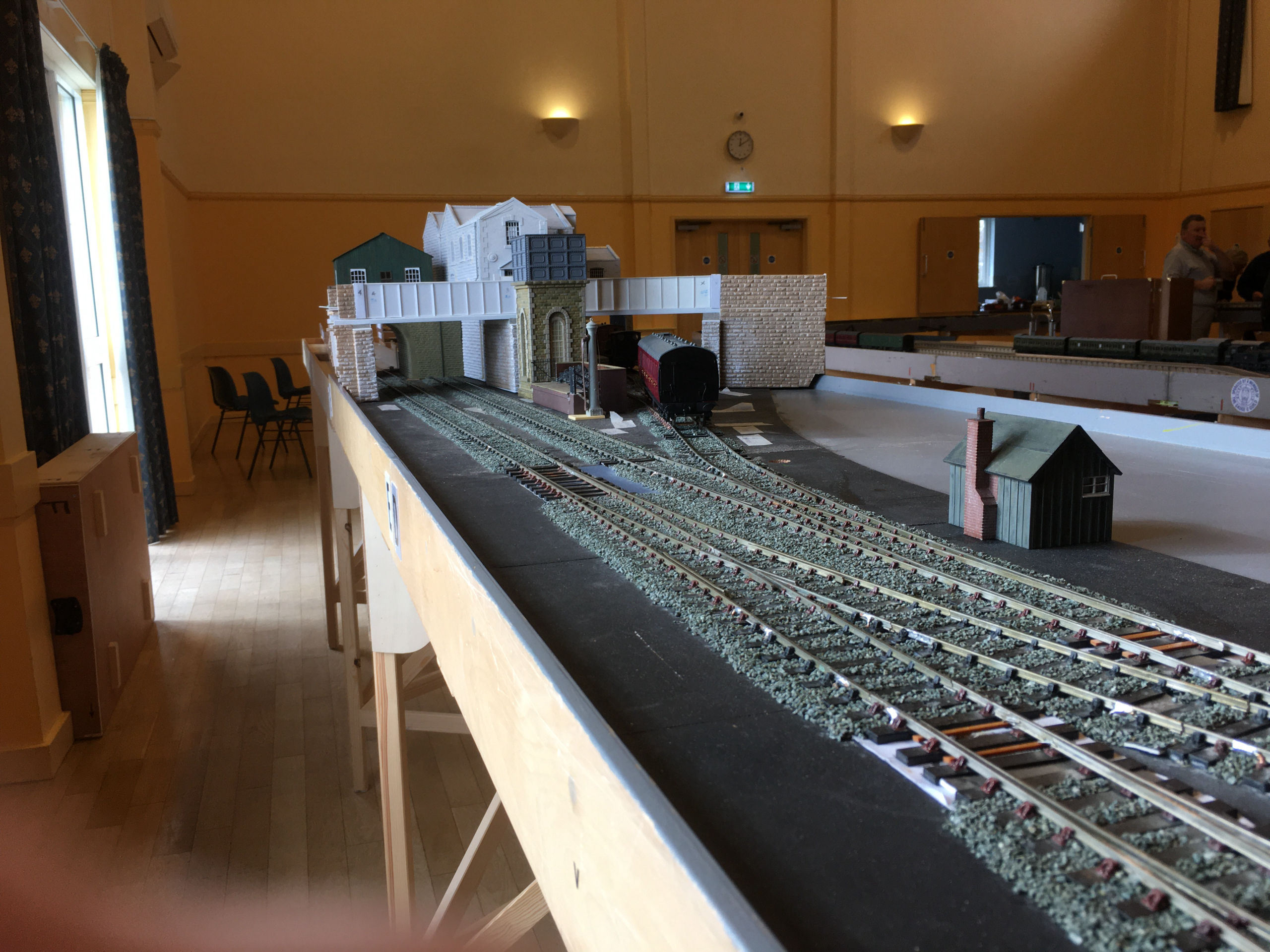 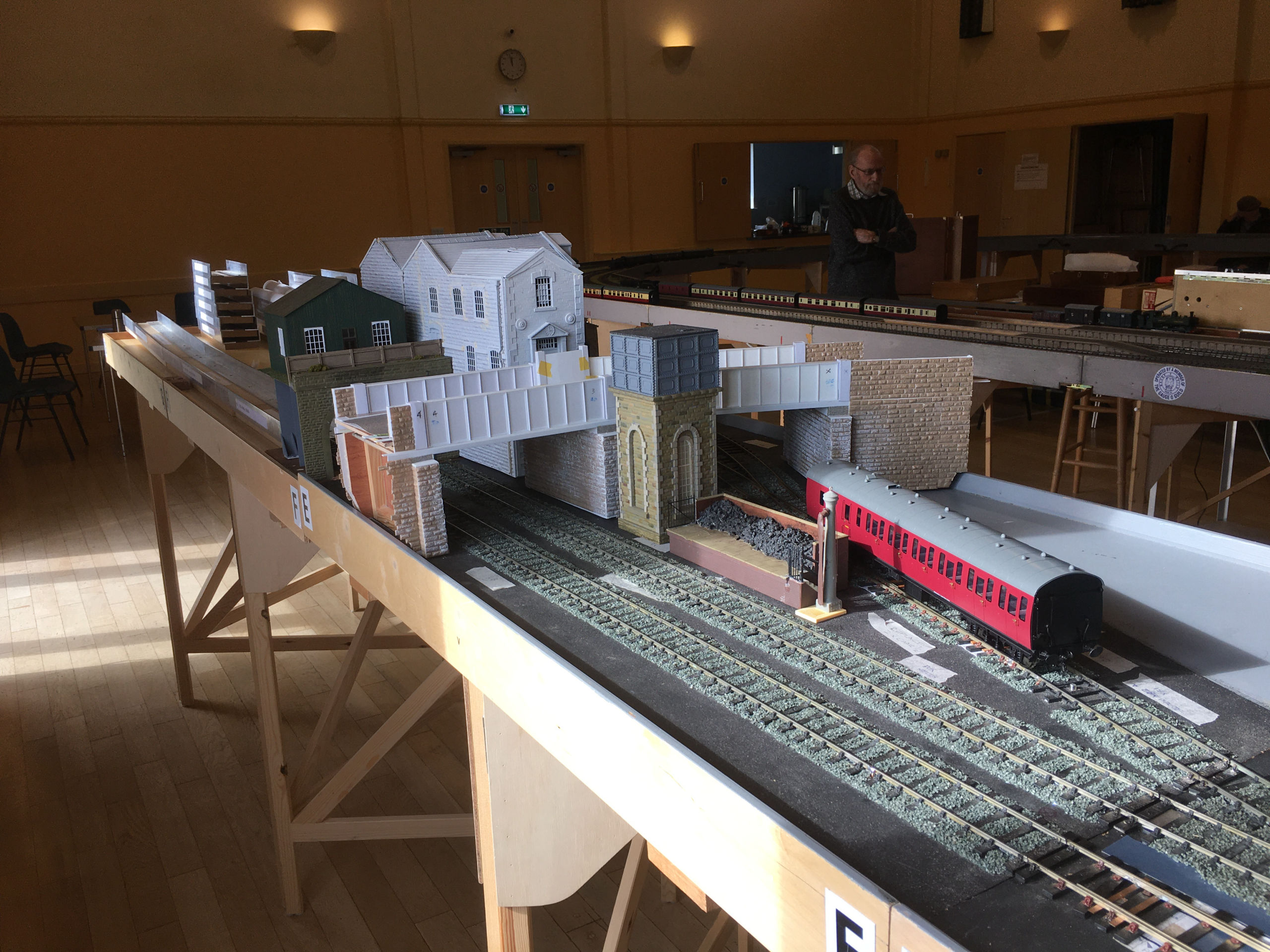 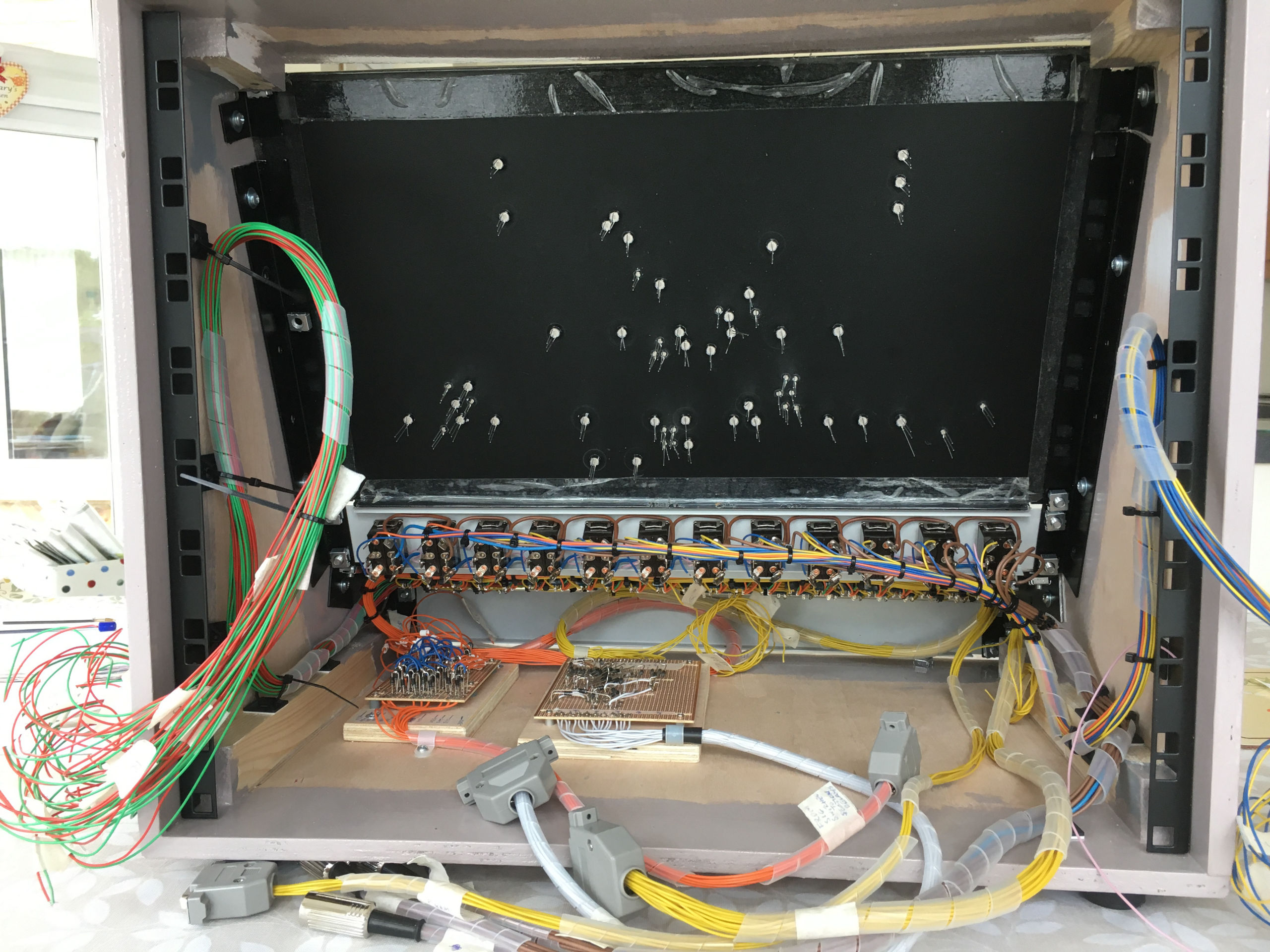